A Brief History of St. Matthew's

November 16, 1988 - The mission is established as an extension of St. George Orthodox Church of Akron, Ohio.

January 1990 - Fr. Andrew Harmon, who has been assigned to pastor St. Matthew's, arrives with his wife Bonnie and their children.

Winter 1991 - We learn that the Tri-City Senior Center, where we have been holding services, will no longer lease space to us.

Early Spring 1991 - Richard Sahley sees an ad about a church for sale in North Royalton... four acres of land, an existing building, a small hall. However, the church was secluded from the street by a home at the front, which was not for sale. Some went to see the property and almost got themselves arrested for trespassing on the home's property!

Spring 1991 - With the impetus and generosity of Ray and Rosie Haddad, a fundraising drive begins, to purchase the property. The Haddads give the church a $125,000 interest-free loan, and many friends and families give gifts and loans of $5,000 each. Their names are on two plaques which hang in the church hall. By the time we had to leave the senior center, the church was ours!

December 1991 - Open house to view newly "spruced up" church. Ed Farage, Bill Bourjaily, Fred Farage, and Fred Bourjaily have worked most of the summer, with the encouragement of Labbie George, to build an iconostas. Evelyn Farage and Bill Swope put the finishing touches on the project by putting felt behind the icons.

January 1992 - 1999 - Memorial money from Samira Thomas allows Eddie Farage and John Kaleal to build an altar table for the church, and memorial contributions from Beth Bourjaily Goff make it possible for Mitri Aramouni to put up a very visible sign for our church at the front driveway entrance.

November 1992 - Fred Bourjaily, James Diakandru, and Richard Sahley are made subdeacons, while 3 other subdeacons - Mark Katzbach, George Simon, and Ryan Smith - will be transferred into the parish in later years.

December 5, 1999 - Hall expansion is approved by the parish council. Under the direction of our parishioner, Mitri Aramouni, the hall is razed and a bigger and better one takes its place. Without Mitri's generous donation of time, doing much of the work himself, the expansion might not have become a reality.

November 2002 - New hall, offices, classrooms, and kitchen are complete. Bishop DEMETRI celebrates our new addition at the St. Matthew's Day Banquet, where we dedicated our hall as "Harmony Hall", after the name of our pastor.

December 2005 - Purchase of house and property in front of the church is completed under the direction and expertise of Chuck Pappadakes, with the support of his wife, Katie. Because of the generosity of the Pappadakes family and our parishioners, the acquisition of the house and property was made possible in the same way we bought the original parcel and church building fourteen years prior.

February 2007 - Parishioner Bill Wade is ordained to the diaconate and priesthood as Fr. Matthew Wade. Soon after, he and his family move to Goshen, Indiana, where he pastors St. Mary's parish.

October 14, 2007 - Our altar is consecrated by Bishop MARK, and a relic of St. Raphael of Brooklyn is placed in it.

October 2010 - Parishioners Harold Tolbert and Bill Vazquez are ordained to the diaconate as Deacon Macarius Tolbert and Deacon Basil Vazquez.

November 11, 2017- A devastating electrical fire started on the morning of November 11, 2017. No injuries, but extensive damage to the building. The reliquary of St. Mary of Egypt was heavily damaged, but the relic was not consumed. The Antimons were spared as was the reserved host. Very little else was saved. 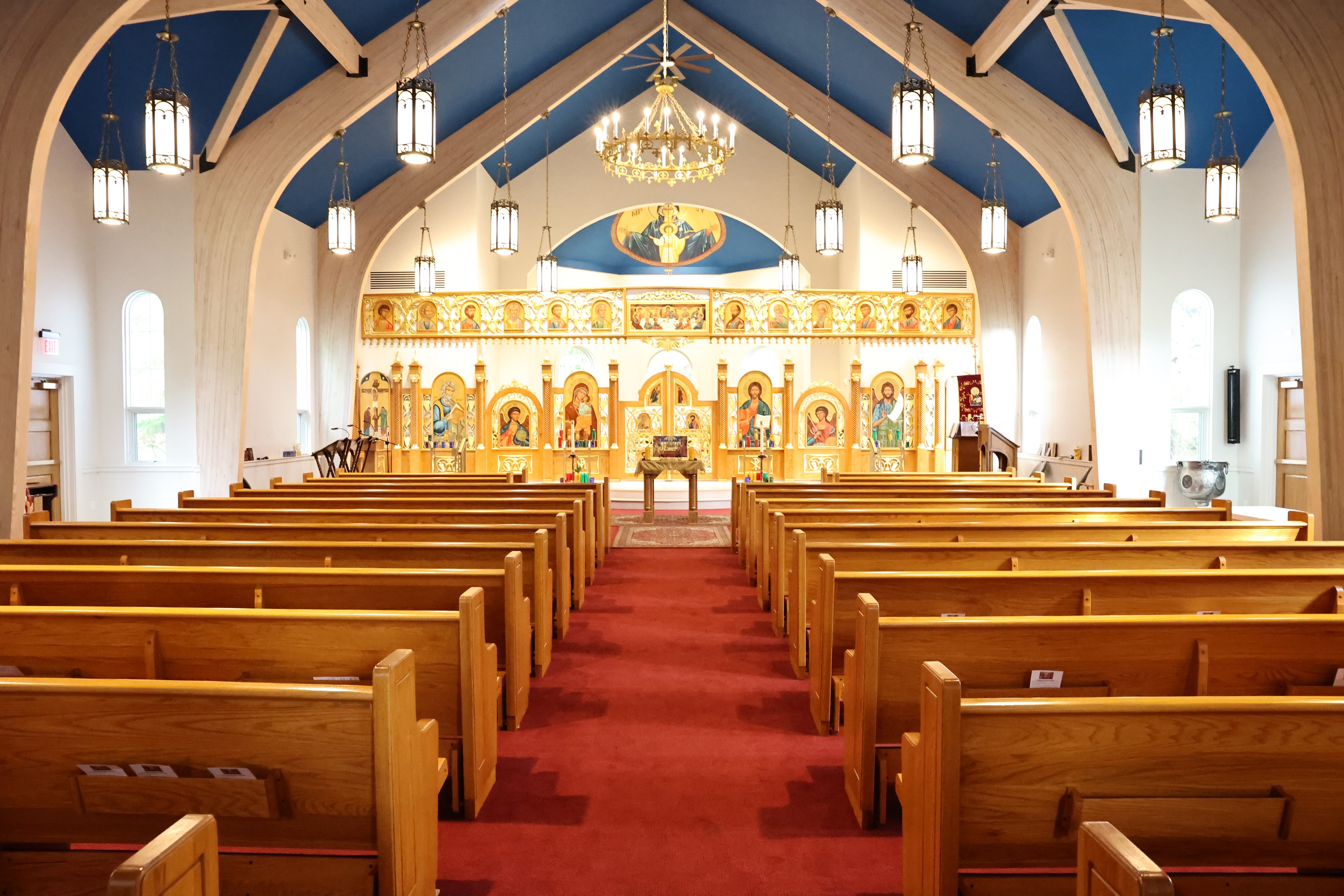